Dave Sheanin is a USA Triathlon certified coach and a TrainingPeaks credentialled coach. He was honored in 2021 with USA Triathlon’s National Coach of the Year Community Impact Award. His passion for the sport is recognized by both the athletes he coaches and his race day competitors. Dave has been part of the coaching team that led the University of Colorado triathlon team to seven national championship titles. He has coached USA Triathlon all-Americans, USA Triathlon age-group national championship qualifiers, and IRONMAN world championship qualifiers. Dave personally races with Athletes in Tandem whenever he can and finds himself on the podium from time to time, as well. He recognizes that adult age-group triathletes typically have substantial demands in their lives outside of training and racing; and looking at any individual component of an athlete’s training (or life) is one data point, but it rarely tells the full story. He makes it a priority to understand what’s going on in an athlete’s life beyond triathlon in order to build a plan that is smart, fits their lifestyle, and builds toward appropriate goals. Learn more about Dave’s coaching at D3Multisport.com. 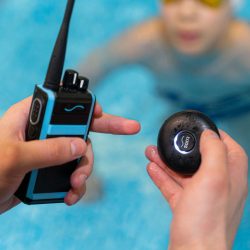 As a triathlon coach, I want to be able to help my athletes improve technique in the water. Watching from the deck as an athlete swims, I can often identify a flaw in technique that could easily be improved with a cue (while they are swimming). Sometimes I can catch their attention from the side of the pool when they turn their head to breathe and, with some wild gesture, … END_OF_DOCUMENT_TOKEN_TO_BE_REPLACED