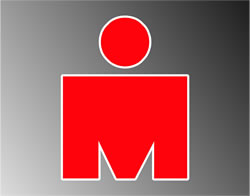 November 25, 2012 (Cozumel, Mexico) – Tenille Hoogland (CAN), Michelle Vesterby (DNK) and Mary Beth Ellis (USA) all exited the water within nine seconds of each other in the difficult swim conditions in Cozumel today. As race contenders, Yvonne Van Vlerken (NLD) and Sophie De Groote (BEL) found themselves with a ten-minute deficit before they mounted their bikes while Sonja Tajsich (DEU) had surrendered 20-minute lead to the leader.

On the run, Vesterby held the lead until she was overtaken by Ellis at 9 km, while Hoogland was struggling and falling back. De Groote look strong as she passed Vesterby for second nearing the half marathon point of the race and, at that point, was within 3:30 of Ellis. With 7 km to go, Ellis’ advantage had been reduced to 1:30 over De Groote, who could now see Ellis in front of her. As the pair made their way into town, the gap had shrunk to seconds as they approached the finish. It was a gutsy performance by both women as Ellis prevailed to capture her third IRONMAN win of the season by a mere seven seconds over De Groote, who had to settle for second. Tajsich persevered after a terrible swim and stomach issues on the run to complete the women’s podium.

Athletes at Altitude: Magnificent in Melbourne