In her Athletes at Altitude column, Megan Evoe keeps tabs on Colorado's pro triathletes as they compete in races around the world.

When she isn’t writing about the exploits of Colorado’s pro triathletes, Megan Evoe works with student-athletes at the University of Colorado as a Learning Specialist. Before coming to Boulder, Megan spent a decade teaching in Illinois and Texas while coaching soccer and cross country. Her passion for athletics stems from her collegiate days of playing soccer at Illinois State University where she twice earned All-Missouri Valley Conference Defensive Team honors. She holds a BA in English and Kinesiology, as well as an MA in Education. She has run over 20 marathons, including the Boston Marathon six times and an ultra-marathon, and has completed five triathlons, including IRONMAN 70.3 Austin. The sport of triathlon has brought many valuable pieces to Megan’s life, such as traveling, great friends, and an appetite for competition. Megan is married to professional triathlete Patrick Evoe. 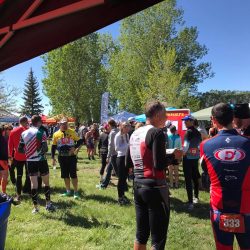 For the last decade, Without Limits Productions has been putting on Colorado’s premiere triathlons and cyclocross events. You can always count on a well-organized race day experience, awesome schwag bags, and an abundance of fun and support! Whether you are a novice or experienced racer, you will feel like you are at home at every Without Limits event. We caught up with the … END_OF_DOCUMENT_TOKEN_TO_BE_REPLACED 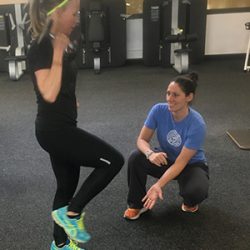 As races become more competitive and triathletes look to improve their times, simply swimming, biking, and running is no longer enough for both pro and age-group athletes alike. Many of the triathletes in Boulder look to trainer, and IRONMAN 70.3 World Championship qualifier, Amy Quirion to improve their overall strength, agility and mobility—all while staying injury-free. Find … END_OF_DOCUMENT_TOKEN_TO_BE_REPLACED 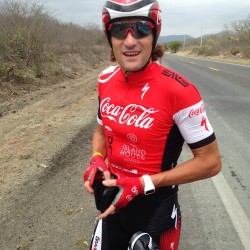 With the racing season underway, nobody is more excited to toe the starting line than Boulder’s Tim Don. Just four short months ago, Don was in tip-top shape and ready to contend for the title of IRONMAN World Champion. But then he was struck by a truck just days before the race. With a severely broken bone in his neck and massive bodily injuries, the fastest man to ever race … END_OF_DOCUMENT_TOKEN_TO_BE_REPLACED 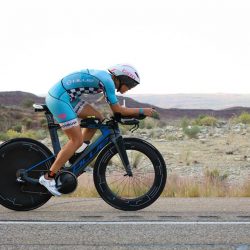 When it comes to triathlon, you can be riding high one minute and deep in a hole the next. Australian sensation Ellie Salthouse’s 2017 season didn’t go completely as planned, but she gutted it out. After being plagued with mid-season injuries, the summer Boulder-trainee stormed back to end her season on a high note, taking the win at IRONMAN 70.3 Miami and finishing in the top … END_OF_DOCUMENT_TOKEN_TO_BE_REPLACED 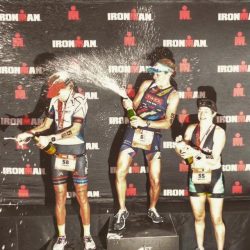 There’s a first time for everything, they say, and for Colorado pro Lesley Smith, it was an outstanding first. Known for her speed at half distance races, and specifically on the run, Smith took her talents to the IRONMAN start line for the first time in her career and took home a stunning second place finish at one of the most crowd-supported races around, IRONMAN Louisville. … END_OF_DOCUMENT_TOKEN_TO_BE_REPLACED