Mike Ricci is the head coach of D3 Multisport, which he founded on the principles of Desire, Determination, and Discipline. He is a Level III USA Triathlon certified coach and has been honored as a USA Triathlon coach of the year. At D3 Multisport, he mentors eight coaches and oversees the progression of hundreds of triathletes that include age-group world champions and IRONMAN world championship qualifiers. He was also the head coach from 2010-2013 of the University of Colorado triathlon team, guiding the team to four consecutive national triathlon team titles. His love for red, white, and blue was profoundly deepened during his tenure with the United States Marine Corps, providing invaluable leadership experience that he brings to his coaching. Learn more about D3 Multisport’s coaching programs, including 1-to-1 coaching and training plans at D3Multisport.com. 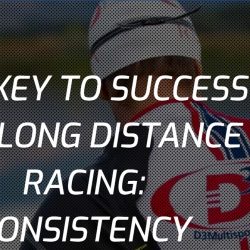 I have the belief that, as the duration of your event increases the training becomes more simplistic. This applies if you're training for a 10-17-hour day of aerobic exercise, such as a long-course triathlon or IRONMAN. Many athletes are under the impression that there is a magical approach to training for an IRONMAN. The truth is there are no magic workouts, supplements, … END_OF_DOCUMENT_TOKEN_TO_BE_REPLACED 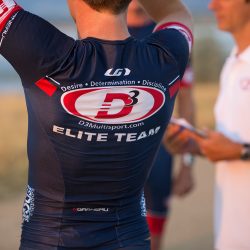 In this D3 Triathlon Minute, Coach Mike Ricci answers some key questions about lactate threshold. What is lactate threshold? How do you test for it? What do you do with it? He outlines a protocol to find your lactate threshold for both biking and running. … END_OF_DOCUMENT_TOKEN_TO_BE_REPLACED 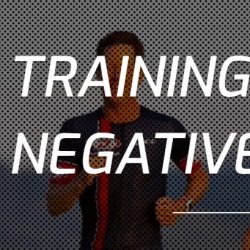 If you want to go faster, feel stronger, and pass more people at the end of a race; then you need to race negatively. I know it sounds a little, errrr, negative, but it is the key to a personal record. Let me explain. Racing negatively -- or negatively splitting your races -- has been around for decades. Most all world records from 5k to the marathon are run with a negative … END_OF_DOCUMENT_TOKEN_TO_BE_REPLACED 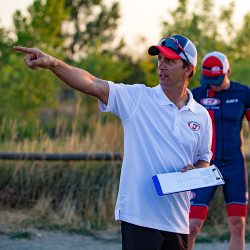 Heart rate training can be confusing due to the many different types of terminology used and the many opinions on how we determine what our threshold zone is. Additionally, there are many different charts that give us a variety of ranges which adds to the confusion. This is an example of information overload, and to a beginner triathlete, this can seem incredibly confusing. My … END_OF_DOCUMENT_TOKEN_TO_BE_REPLACED