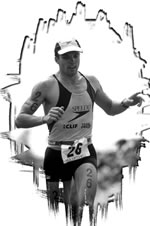 My dog, Doccer, and I went for a thirty-five minute run today on a mountain trail near my house. While we ran side by side, I thought how we athletes should be like my dog. Here are a few examples we can take from Doccer to help us with our training.

Doccer never complains. He is up for any type of workout without asking will it be hard, will it be hilly or will the water be too cold? Doccer has a high level of mental and physical pain tolerance. Sometimes, when wrestling, we will accidentally head butt each other. He continues to scrap with me while I am writhing in pain from the WWF style hit.

Doccer has had two elbow surgeries, on each elbow, before being a year and a half old to correct some genetic defects. A French veterinarian orthopedic specialist, visiting for a week to teach a procedure at Colorado State University, performed a unique operation by breaking several bones in Doccer’s elbows to allow him to be as “pain free” as possible. Doccer was selected for this procedure because of his severe conditions. His hips aren’t great either, but my wife and I weren’t going to have his hips in a cast for a year. Needless to say, Doccer may not be pain free while training, but he sure seems to enjoy running and swimming whenever possible. 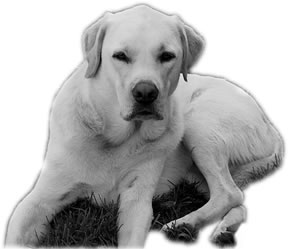 Now, let it be known that Doccer is not tortured. As a matter of fact, he sleeps with us on our bed every night. We give him regular massage, glucosamine and aspirin if we feel like he needs it. He gets naps throughout the day and dreams of his next workout as I observe his paw movements and breathing rate. We never force Doccer into a training session and we don’t train him excessively. For example, his long runs are our hikes and he only runs in the morning if the day will be hot. The point is, he never questions the workout because he LOVES DOING IT!

Doccer is agile of foot. He has never sprained an ankle…and he has four of them. He is focused on the task at hand and not allowing his mind to wander, with the exception of the occasional squirrel. You never have to ask him twice to get in the water. He doesn’t sit around the edge of the water pondering what he should do or talk with a friend until the Master’s swim session is half over. He cross-trains regularly with swim/run bricks. He has great entry and exit skills for transitions.

I can’t say Doccer has the best nutritional discipline. He eats anything. However, in my non-scientific opinion, he must have one heck of an energy system. He can go for a run just after eating breakfast or even if he has hunger pains. I also think he can sustain a high level of performance above his anaerobic threshold. Even at 11,000 feet, he doesn’t slow down.

Doccer is always available, never complains and is willing to try almost any type of new training idea. If you are ever in doubt or not having fun with your training, think about my dog, Doccer.

Building Intensive Endurance during Base Training

The Triathlete’s Guide to Swim Training

Wes Hobson has competed in over 220 triathlons, from sprint to IRONMAN-distance. He garnered 35 first places, 60 top-three finishes and 96 top-five finishes during his 12-year professional career that also included being selected "Triathlete of the Year" by the USOC. Wes co-authored Swim, Bike, Run, and created three triathlon and cycling related films.